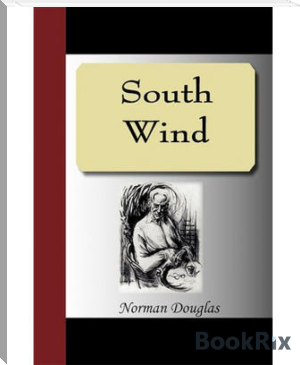 South Wind depicts a group of eccentric and even scandalous characters wiling away their time in a sunny Mediterranean resort. The novel takes place on Nepenthe, Douglas's thinly veiled version of Capri, an island retreat for pleasure-seekers since Roman times. In classical mythology, “nepenthe” was a medicine that caused one to forget melancholy and suffering; Douglas' comical duchesses, American millionaires, and expatriate freethinkers forget not only suffering, but conventional morality and even ordinary discretion. In the series of witty conversations that make up much of the novel, the characters analyze (and mock) religion, science, morality, progress, and the legacies of classical civilization. The novel spoke to the young, rebellious, and cynical generation that was scarred by the experience of World War I, and influenced younger English writers such as Aldous Huxley and Graham Greene.