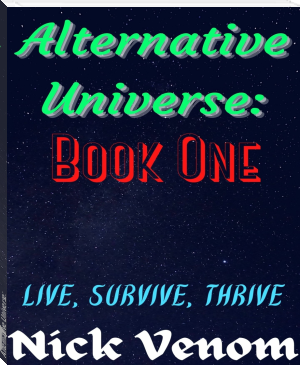 “Yeah, my parents aren’t home. We could-” Amanda was interrupted by the sounds of growling and snarling. The unconscious people that laid on the ground flat suddenly woke up. Dirty dark-green in color with cracking skin and dripping blood, these monsters rose to their feet. The non-human beings resembled humans in appearance, but not in behavior. Instead of showing modern human characteristics, they exposed their inner primal instincts. Clumps of the beings attacked passersby and began chomping into them. Screams and cries were everywhere, squeezing silence out of the air.

Nikki and Amanda, fortunately, were far enough away from any unconscious people to avoid being eaten. However, their escape route that led to Amanda’s house was blocked off by creatures arriving from every block to feast on new flesh.