Every Man His Own Poet 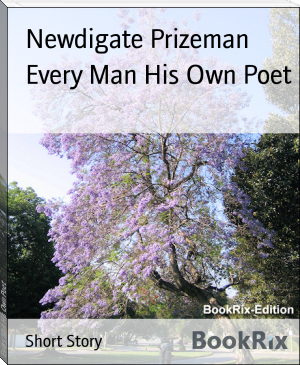 Sir Roger Newdigate's Prize, more commonly the Newdigate Prize, is awarded to students of the University of Oxford for the Best Composition in English verse by an undergraduate who has been admitted to Oxford within the previous four years. It was founded in 1806 as a memorial to Sir Roger Newdigate (1719-1806).[1] The winning poem is read at Encaenia. Instructions are published as follows: "The length of the poem is not to exceed 300 lines. The metre is not restricted to heroic couplets, but dramatic form of composition is not allowed."