THE RUNAWAYS A NEW AND ORIGINAL STORY 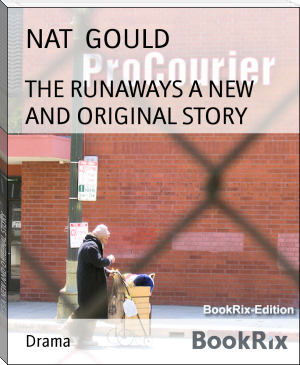 Nathaniel Gould, always known as Nat Gould, (21 December 1857 – 25 July 1919) was a British novelist.
Gould was born at Manchester, Lancashire, the only surviving child of Nathaniel Gould, a tea merchant, and his wife Mary, née Wright. Both parents came from Derbyshire yeomen families. The boy was indulgently brought up and well educated. His father died just before he was to have left school, and Gould tried first his father's tea trade and then farming at Bradbourne with his uncles. Gould became a good horseman but a poor farmer.