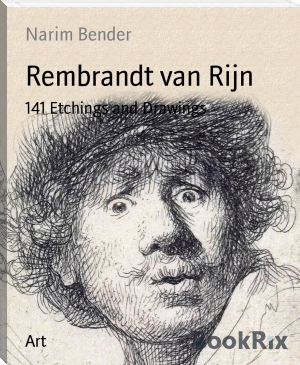 Rembrandt produced etchings for most of his career, from 1626 to 1660, when he was forced to sell his printing-press and virtually abandoned etching.. He took easily to etching and, though he also learned to use a burin and partly engraved many plates, the freedom of etching technique was fundamental to his work. He was very closely involved in the whole process of printmaking, and must have printed at least early examples of his etchings himself. Rembrandt was as well one of the greatest draftsmen in the history of art. His production of drawings was as creative as it was dazzling. About 1400 attributed to him drawings survive, and probably at least an equivalent number have been lost. Rembrandt made comparatively few preparatory studies for his paintings and even fewer highly finished drawings - gifts for friends and followers. Usually his drawings were unrelated to his major works and were, moreover, unsigned; only about 25 that bear his signature are known.