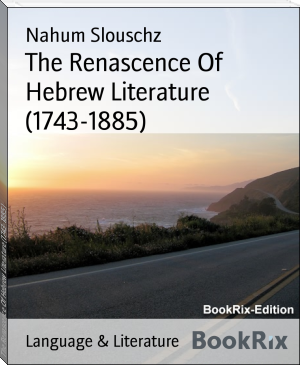 Left to their fate, neglected by the authorities, and forming almost the whole of the urban population, the Jews of Lithuania, in the full glare of the eighteenth century, were in all essentials an autonomous community with Jewish national and theocratic features....Lithuanina, in fine, was the promised land of Rabbinism, in which everything favored the development of a national Jewish centre. -from ""Humanism in Russia" Originally published in French in 1909 as the author's doctorate thesis at the University of Paris, this celebratory but scholarly work examines the rebirth of Hebrew as a literary language and offers an accessible survey of the literature it has produced, by a "grievous spectacle of poets and writers who are constantly expressing their anxiety lest it disappear within them."