With Hints on the Stable Von: Mrs. Power O'Donoghue 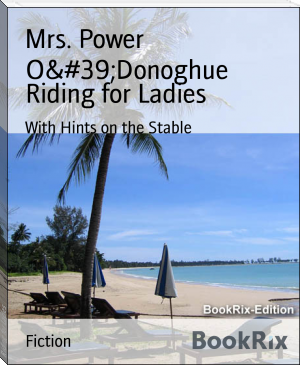 Nannie Lambert Power O'Donoghue (1843–1940) was an Irish poet, equestrian, journalist, novelist, musician and social activist. Lambert was the youngest child in the family of Charles Lambert of Athenry, and a member of a well-known landlord family of County Galway. She married William Power O'Donoghue and became '"a highly respected journalist as well as an accomplished equestrian.