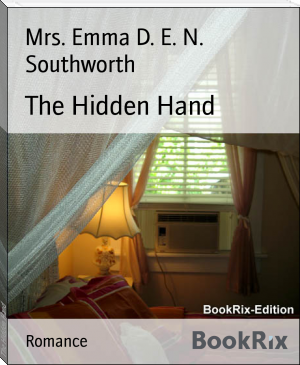 THE HIDDEN HAND was E.D.E.N. Southworth's best known work, first appearing in serial form in the New York Ledger in 1859. Southworth should be credited for creating fearless, independent, intelligent heroines at a time when her contemporary best selling novelists were portraying silent and submissive ones. Capitola and the other colorful characters in THE HIDDEN HAND are unique and endearing, in spite of their melodramatic qualities. THE HIDDEN HAND is a fantastic example of a 19th century "Popular", what we today call a Gothic-Romance. This is what all the ladies were reading and even though it follows the formula used by writers of the period, it's still an outstanding page-turner. Descriptions, characters and plot are all well developed and it moves along quickly and easily. 19th Century Literature really can rock if you let it!