CRUEL AS THE GRAVE 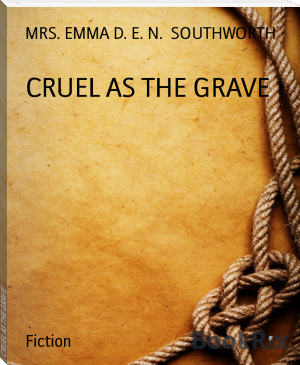 Emma Dorothy Eliza Nevitte Southworth (December 26, 1819 – June 30, 1899) was an American writer of more than 60 novels in the latter part of the 19th century.Raised in Washington, DC, Southworth studied in a school kept by her stepfather, Joshua L. Henshaw, and in 1840 married inventor Frederick H. Southworth,[1] of Utica, New York. E.D.E.N. Southworth moved with her husband out to Wisconsin to become a teacher. After 1843, she returned to Washington, D.C. without her husband and with two young children.