The Iliad of Homer Translated into English Blank Verse 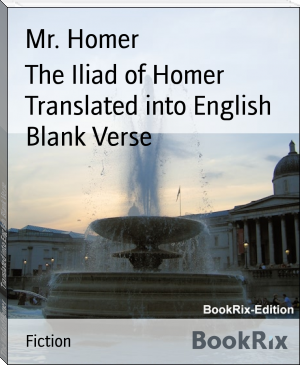 omerus (Ancient Greek: Ὅμηρος [hómɛːros], Hómēros), best known as his anglicised name Homer, is the author of the Iliad and the Odyssey. He was believed by the ancient Greeks to have been the first and greatest of the epic poets. Author of the first known literature of Europe, he had a lasting effect on the Western canon.

Whether and when he lived is unknown. Herodotus estimates that Homer lived 400 years before his own time, which would place him at around 850 BCE.[1] Pseudo-Herodotus estimates that he was born 622 years before Xerxes I placed a pontoon bridge over the Hellespont in 480 BCE, which would place him at 1102 BCE, 168 years after the fall of Troy in 1270 BCE. These two end points are 252 years apart, representative of the differences in dates given by the other sources.[2]