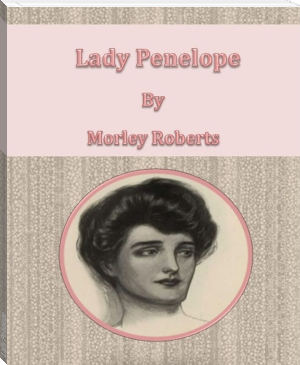 All the absurd birthday celebrations were over, and Penelope was twenty-one.
She declared that her whole life was to be devoted to reform. She meant to reform society, to make it good and useful and straightforward, and simple and utterly delightful.
She let it be understood that men were in great need of her particular attention. They were too selfish and self-centred, too extravagant, too critical of each other, too vain. They acknowledged it humbly when she mentioned it, for Lady Penelope Brading's beauty was something to see and to talk of; major and minor poets agreed about it; artists desired to paint her and failed, as they always do when true loveliness shines on them. She had the colour of a Titian; the contours of a Correggio; the witchery of a Reynolds, and under wonderful raiment the muscles of a young Greek athlete. She wiped out any society in which she moved. When sweet Eclipse showed herself, the rest were nowhere. The other girls did not exist; she even made married beauties quake; as for the men, they endured everything she said, and worshipped her all the more. She was strange and new and a tonic. She had no sense of humour whatsoever; she could not understand a joke even if it was explained by an expert on the staff of Punch. This made her utterly delightful. Her beautiful seriousness was as refreshing as logic in a sermon. She believed in clergymen, in politicians, in the Deceased Wife's Sister, in all eminent physicians, in the London County Council, in the City of Westminster, in the British Constitution, in herself, and hygiene. She read the Times, the Athenæum, the Encyclopædia Britannica, Herbert Spencer, Mr. Kidd, and the late Mr. Drummond. She used Sandow's exercises and cold water. She was opposed to war; she admired the leader of the opposition and the lord mayor; she subscribed to a society for establishing a national theatre to play Mr. Bernard Shaw's tragedies, and to the nearest hospital. She was the most delightful person in England, and was against vaccination. She had money and lands and houses and ideas.