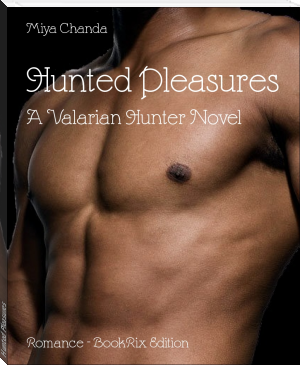 Phoebe Washington has been looking forward to her four day vacation in Brazil for a very long time. What makes it even better is that her sister, Emma, came along too. But when they end up in a Bungalow Jungle Lodging in the middle of the Amazon and not at the beach front resort she had originally planned on in Rio, Phoebe’s vacation quickly turns into a mosquito net over hammock nightmare. The only thing that seems to be looking up for her is the fact that their bungalow neighbors have hot Brazilian butts. At least there’s something to look at.

Valarian hunter Casimiro is far from human but close to home. The Brazilian Amazon was his birth place and to keep it safe he will do just about anything. Even play tourist for a bit. But keeping is eye on the job seems to be trouble when a beautiful American tourist shows up at the Bungalow Lodging. Her silky mocha hair and lush lips send chills down his body but to allow himself to indulge in such prime fruit would only invite his exposure. The last thing he needs is another scene like that in his life, especially with the rise of Demen Valarians venturing out of their caves to hunt.

This is really good. Please continue!

Thanks. I'm working on my stories. This is one I haven't worked on in a while though.But will get back on the ball soon.

otherwise a perfect job (I am not that great an editor, but could not find any other mistakes) you should finish and publish this ASAP!!!

I would love to finish this book and hopefully I will. I appreciate the comment. ;-)

please write more this an awsome book cant wait to find out what happens next.

You still need to add more pages, I don't feel it's complete: if you don't mind me saying. But, it's great(: I loved it, even if it was cut short halfway through lol

good book please write more and keep me up dated