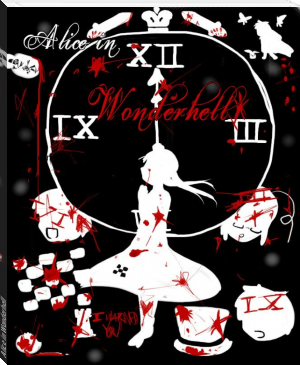 Those were the last words of Gilbert, one of Alice's only 'friends'. Of course, the fifteen-year-old Brit would never admit it, she was all alone and she didn't care. But after what the German (Gilbert) had asked her, that one word destroyed her mind. "Why?" Why did she hate the world? Why didn't she care? Why was she so alone? She had bullied so many people and taken lives without knowing, just by mistreating the people around her.

Deciding that she had had enough, Alice went up to her room just for a quick nap, she didn't want to read her favourite book, Alice in Wonderland, nor did she want to drink earl tea. The Blond slowly drifted off, thinking about that one wish she had made about having her own Wonderland. Little did she know, an entire plan was being put to action.

The blond hears some weird noise around the house, so being the Sherlock fan she was, she got up to investigate. That's when she heard it:

I'm a little teapot
Short and Stout
Here is your tea and here are my
Fangs...

A little boy with emerald eyes and blond hair along with rabbit ears that drooped to the ground sat there, with magical creatures surrounding him. Looking up at Alice, terrified shrieks were heard as the boy started running downstairs and towards the garden. Alice followed, wanting to hear more, but only found herself slip and fall into a hole of pitch black.

But it was only the beginning of Alice's worst hell...

((So she meets three of her friends and they have to try to get out of hell, basically))