A Family of Noblemen The Gentlemen Golovliov 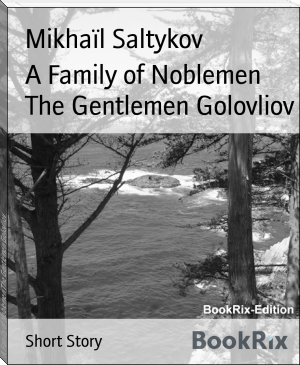 Mikhail Saltykov was born on 27 January 1826, in the village of Spas-Ugol, Tver governorate. He was one of eight children (five brothers, three sisters) in the large family of Yevgraf Vasilievich Saltykov, a member of the ancient Saltykov family, and Olga Mikhailovna Zabelina, heir to a rich merchant family. At the time of Mikhail's birth, Yevgraf was fifty years old, and Olga twenty five.[1] Mikhail spent his early years on his parents' large estate in Spasskoye on the border of the Tver and Yaroslavl governorates,