Raised by God-Never Told to Lay Down Von: Michael Holder 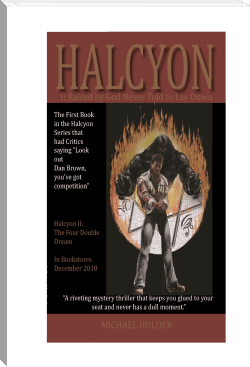 Halcyon: Raised by God Never Told to Lay Down, a novel by Michael Holder, is a story about ancient evil and the mysterious forces that align to destroy it. When Father Thaddeus Halcyon is sent by the Vatican to investigate strange occurrences in Sacramento, Calif., he has no idea what he is about to face. A third-generation Satanist named Raith Drenor has secretly summoned an ancient force from hell known as Confectororis and imprisoned it inside a human host. If Drenor is not stopped in time, he will release Confectororis on an unsuspecting world, but Father Halcyon has a secret of his own: he is actually Lazarus of Bethany, the man that Jesus raised from the dead more than 2,000 years ago. Now he must work with the rookie sheriff's department deputy, Hunter Musgrave, to catch Drenor and defeat Confectororis before it's too late. "The story is a unique and twisted journey into the underworld and, although it is a work of fiction, I have tried to make it as realistic as possible," Michael Holder says. "It deals with supernatural events that are used to explain mysteries from the past and conspiracy theories that foreshadow God's plans for the future of man." He references contemporary events and locations in an effort to create a realistic narrative. Intended to offer suspense and intrigue, the book blends religious history with crime-solving details.