The Guerilla Chief And other Tales 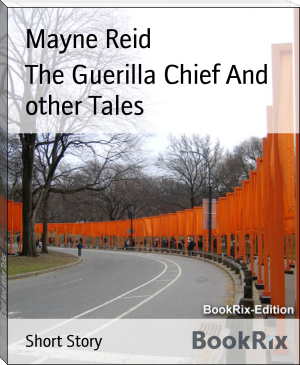 Thomas Mayne Reid (April 4, 1818 – October 22, 1883), was a Scots-Irish American novelist. "Captain" Reid wrote many adventure novels akin to those written by Frederick Marryat and Robert Louis Stevenson. He was a great admirer of Lord Byron. These novels contain action that takes place primarily in untamed settings: the American West, Mexico, South Africa, the Himalayas, and Jamaica.

Biography Reid was born in Ballyroney, a small hamlet near Katesbridge, County Down, in the north of Ireland, the son of Rev. Thomas Mayne Reid Sr., who was a senior clerk of the General Assembly of the Presbyterian Church in Ireland. His father wanted him to become a Presbyterian minister, so in September 1834 he enrolled at the Royal Belfast Academical Institution. Although he stayed for four years, he could not motivate himself enough to complete his studies and receive a degree. He headed back home to Ballyroney to teach school.