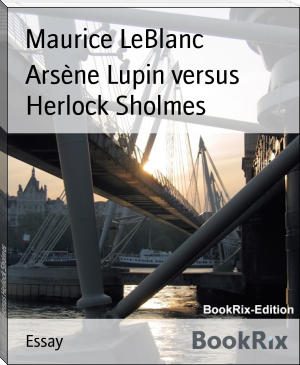 Leblanc was born in Rouen, Normandy, where he was educated at the Lycée Pierre Corneille.[2] After studying in several countries and dropping out of law school, he settled in Paris and began to write fiction, both short crime stories and longer novels; his novels, heavily influenced by writers like Gustave Flaubert and Guy de Maupassant, were critically admired but met with little commercial success.

Leblanc was largely considered little more than a writer of short stories for various French periodicals when the first Arsène Lupin story appeared in a series of short stories serialized in the magazine Je Sais Tout, starting in No. 6, dated 15 July 1905. Clearly created at editorial request under the influence of, and in reaction to, the wildly successful Sherlock Holmes stories, the roguish and glamorous Lupin was a surprise success and Leblanc's fame and fortune beckoned. In total, Leblanc went on to write twenty-one Lupin novels or collections of short stories.