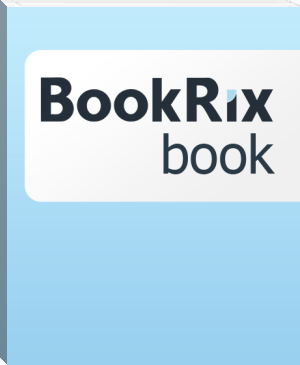 Howdy I am Mary N Stamper a lover of fishing, big dogs, and coffee. I am the daughter of Herbert Glenmore Stamper Sr., and Mary Sue Martin. I am the sister of Carolyn Sue Stamper, Herbert Glenmore Stamper Jr., Johnny Rae Stamper, David Bertman Stamper, Laura Evelyn Darlene Stamper, Ezra Daniel Stamper, and Robert Norvell Stamper. My accomplishments were deep cleaning restaraunts to get them high scores, and training managers, and cooks for thirty five years. I won six turkeys, ten cakes, and caught nine Bass all over nine pounds. I am homeless, but I feel that homeless is not a white or black thing, it's not a gay or straight thing, it's not a man or woman thing, it's not a nationality thing, it's not a rich or poor thing, it's not a political thing. It's not a thing, it's people. I don't get to fish anymore and I have no big dogs anymore. I need a home, and a big lake to fish in, and a couple big dogs. I have given many homes to violent abusive husbands. I gave birth to five children for people to steal. I gave my coochie to many undeserving abusive men. I gave all my material belongings, houses and vehicles to thieves. I fear God, guns, spiders, homelessness, and abusive men. I would like to see God, Jesus, Mother Mary, and a big lake. I'm a resident of Orlando, Florida. Dedication to three nine-year-old card playing hillbilly girls who were stolen, beat and raped, two were shot, two reasons I continue writing. Interbreeding was reality in Appalachia's mountain families. Four children were stolen, one by my parents. My uncle raped me he is possibly the father. One child was stolen by a biker gang. Two were stolen while I was in a coma for nine months. I left home in fourth grade and never saw my brothers and sisters anymore. Most of my life was spent on highways, streets and alleys getting assaulted and raped with blades and firearms. My father was a Pentecost Preacher. One day he walked into the New Mexico court house and blew his brains out. My oldest sister was dismembered in a semi wreck with a little boy wrapped in her arms. I hitch-hiked all over the states and rode with biker gangs. A few pregnancies I lived in the snow under picnic tables. I married a war hero with a prosthetic arm which he beat me with. He tied me to a light post and left me. I purchased houses and property I had to abandon to keep running from violence. I married a gun toting wannabe Clint Eastwood. We were hunters with champion trophy winning Beagles. Tommy beat me daily and splattered my blood over the walls and furniture of our home and hunted me like an animal. I cleared out of Appalachia's mountains in Kentucky leaving my companions and child-hood love without telling anyone because they ran in the same crowds and went to the same parties and bars and knew the same people. I married three violent men the violence went on for 14 years each. I spent numerous years hitch-hiking in knee deep snow hunt

I don't use pay pal so I'm not posting the rest of my books. There are eight more if anyone is interested email me at loveableatsixty@gmail.com