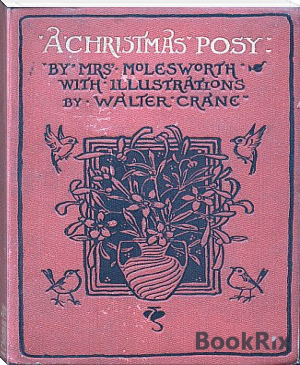 Mary Louisa Molesworth, née Stewart (29 May 1839 – 20 January 1921) was an English writer of children's stories who wrote for children under the name of Mrs Molesworth.[1] Her first novels, for adult readers, Lover and Husband (1869) to Cicely (1874), appeared under the pseudonym of Ennis Graham. Her She was born in Rotterdam, a daughter of Charles Augustus Stewart (1809–1873) who later became a rich merchant in Manchester and his wife Agnes Janet Wilson (1810–1883). Mary had three brothers and two sisters. She was educated in Great Britain and Switzerland: much of her girlhood was spent in Manchester. In 1861 she married Major R. Molesworth, nephew of Viscount Molesworth; they legally separated in 1879.[3]

Mary Louisa Molesworth typified late Victorian writing for girls. Aimed at girls too old for fairies and princesses but too young for Austen and the Brontës, books by Molesworth had their share of amusement, but they also had a good deal of moral instruction. The girls reading Molesworth would grow up to be mothers; thus, the books emphasized Victorian notions of duty and self-sacrifice.[5]

Typical of the time, her young child characters often use a lisping style, and words may be misspelt to represent children's speech—"jography" for geography, for instance.

She took an interest in supernatural fiction. In 1888, she published a collection of supernatural tales under the title Four Ghost Stories, and in 1896 a similar collection of six tales under the title Uncanny Stories. In addition to those, her volume Studies and Stories includes a ghost story entitled "Old Gervais" and her Summer Stories for Boys and Girls includes "Not exactly a ghost story." [1] [2]

A new edition of The Cuckoo Clock was published in 1914.

She died in 1921 and is buried in Brompton Cemetery, London.name occasionally appears in print as M. L. S. Molesworth.[2]