The Riddle of the Frozen Flame 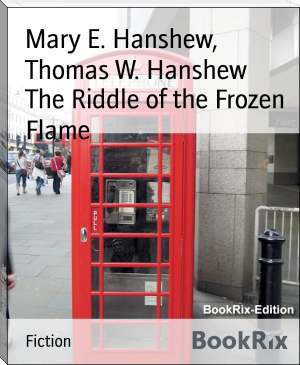 Thomas W. Hanshew (1857 – 1914) was an American actor and writer, born in Brooklyn, N. Y. He went on the stage when only 16 years old, playing minor parts with Ellen Terry's company. Subsequently he played important roles with Clara Morris and Adelaide Neilson. Later he was associated with a publishing house in London, where he resided at the close of his life. He used, among others, the pen name "Charlotte May Kingsley," and wrote more than 150 novels, some of which were co-authored with his wife, Mary E. Hanshew.