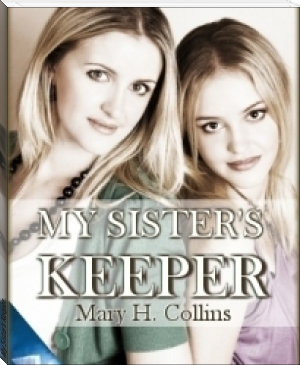 A heartwarming story sharing the bond between two sisters.

When Cathey loses her husband in a tragic plane crash, her younger sister Cassie doesn't think twice about leaving her glamorous job in New York City to be there for her sister and her three young daughters. Having lost her own father at an early age she knows what her nieces are going through.

After four years Cathey finally realizes she is going to have to pull herself out of her depression,not only for her children's sake, but for her own sanity; she has to face the fact that her husband is gone and she will have to raise her daughters without a father. Imagine the shock she experiences when while on a family vacation to Disney World, she walks out of the restroom to run face to face into Daniel, the man she thought was dead and finds out that he's been living with another woman and has two sons by her.

i love the movie they made about my sisters keeper that made me cry but mow ima read the book..!!

You can buy the book at https://www.solsticepublishing.com

I would recommend you all to see the film even though it is sad it is very good and it made my mum cry. The book is different to the film thought! Have you ever seen the film is so can you say if you like the book or the film better plz thnx?

Great story line- especially like the dialogue- you keep the story moving with it. Beginning so much back story-
I hope to read more of your writing. a star for sure.

this is such a good book i cant wait tell i can bye it !!

i can only read 34 pages is that all.why not put the whole book online