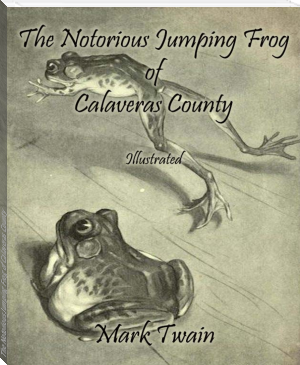 The Notorious Jumping Frog of Calaveras County: Illustrated by Mark Twain. Mark Twain aka Samuel LClemens (1835–1910) was an American author and humorist.

Written in 1865, this short story by Mark Twain was an overnight success and reprinted all over the country. In fact, this is the piece of writing that launched Mark Twain into fame. "The Notorious Jumping Frog" focuses on a narrator from the East suffering through a Western man's tall tale about a jumping frog.

In it, the narrator retells a story he heard from a bartender, Simon Wheeler, at the Angels Hotel in Angels Camp, California, about the gambler Jim Smiley. Twain describes him: "If he even seen a straddle bug start to go anywheres, he would bet you how long it would take him to get to wherever he going to, and if you took him up, he would foller that straddle bug to Mexico but what he would find out where he was bound for and how long he was on the road."