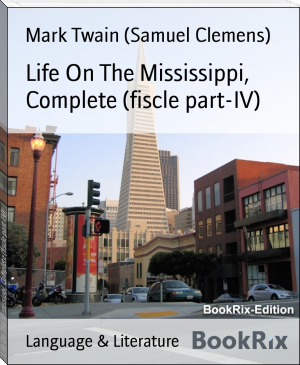 In Mark Twain's Life on the Mississippi, the author describes many different aspects of the river and its life in the nineteenth century. Overall, Twain writes about the Mississippi as a living, breathing being - it is by far the most important character in the story, and functions as a character throughout the narrative.

Half history and half memoir, Life on the Mississippi begins with an historical examination of the river. Twain writes of its early discovery by settlers and how, for many years, the river was ignored as anything but a simple natural fact: it was hardly used, and very few pilgrims came to live along it. However, it became an important feature as America expanded westward, and was of vital importance in trade and travel by the time Twain was born.