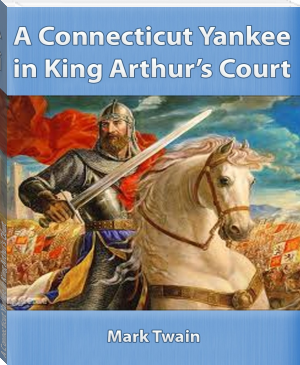 A Connecticut Yankee in King Arthur's Court is an novel by American humorist and writer Mark Twain. The novel explains the tale of Hank Morgan who after a blow to the head, awakens to find himself inexplicably transported back to the time of the legendary King Arthur. Hank is ridiculed at King Arthur's court for his strange appearance and dress and is sentenced by King Arthur's court (particularly the magician Merlin) to burn at the stake on 22 June. The date of the burning coincides with a historical solar eclipse in the year 528, of which Hank had learned in his earlier life. While in prison he informs the King that he will blot out the sun if he is executed. While the book pokes fun at contemporary society, the main thrust is a satire of romanticized ideas of chivalry, and of the idealization of the Middle Ages common in the novels of Sir Walter Scott. Twain had a particular dislike for Scott, blaming his kind of romanticism of battle for the southern states deciding to fight the American Civil War.