God Makes the Monsters Too 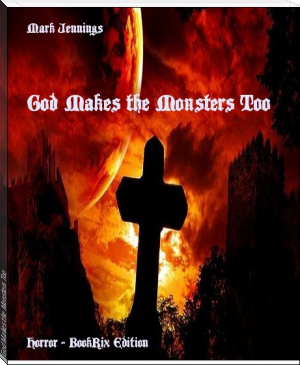 After witnessing the murder of his newly pregnant wife, Mike Anderson exacts immediate and bloody revenge, but all of it is more than he can emotionally handle and he proceeds to take his own life as well.
Or at least he tries. He comes to on a ranch where monsters are made and discovers that now he's one too. And when he finds out God runs the place, he realizes he better just get to work like the Big Man tells him to.
Watch Mike and his new friends: the Mothman, some shadow beings, a new and souped up version of the Werewolf, Shape Shifters and Chupacabras too as they all do God's bidding in battle after battle, building up to the greatest one of all. The final one. Armageddon.
And then see too as Mike receives his final and greatest reward. And with God as your boss, the sky's the limit, if you know what I mean.

Saved because I'm going to need some more time to read this, good stuff! :)