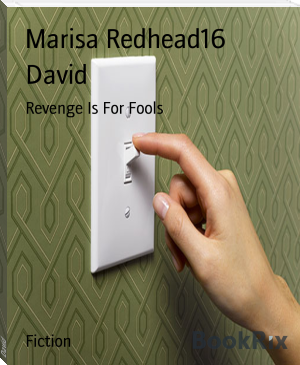 After a disaster, Sophia breaks up with Tobias and goes back to her ex-boyfriend Kalonice. Tobias decides to make her jealous by dating another guy, all while filling his own desires. Tobias must also put his ego aside and finally admit outloud that he's bisexual.

He falls in love with a hot, tough rebel named David Berkinschiemer. But David is not all as he appears.

A cold murder mystery is looked into once again, and a battle for top queen in the ninth grade is reigned supreme.

It was strand and kind of confuzing:/

Neat cover, but what would go through YOUR mind if you saw this book on a shelf in a book store? And also with the title 'David'.

I'd love a better cover, but I don't have or can find anything!

You need something that will draw the attention to the book, but it should also give a hint of what it's about. That goes for the title too...more or less.

Yeah. It is kind of about a boy named David.

Maybe the cover is ok if the story deals with a person switching off or on a light. You know best.