Book One Of The Error Series Von: Marie Lee Lee 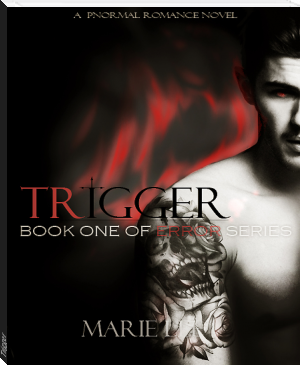 Lethal Dorian once human and occupied doctor, became an experiment during his vacation to the cities of New York by an unknown organization called J30 I.

Now trained and ruthless, he’s been programmed to hunt the breeders of the Ryder Pack, using their weakness to shut them down from being the powerful pack in the state.

Naya Rivers was the best friend to the baby sister of the Alpha in the Ryder Pack. She was special for the unique abilities she possessed from being a healer. Her loyalty to the pack meant everything 'till she met the infuriating assassin that threatened to crush her windpipe as she returned home from a visit at the Shopping Center.

Like a Drug --- or shall i say Blood and Drugs is back!

i going crazy i love it

cool story keep going...... so was wondering how often do you update because cant wait
>.<

could get you to message me about how you get such AWESOME covers?!

Will do~ There's too many books to keep track of, sorry hun!

I can't wait to read more.

i really like this book i hope u continue soon