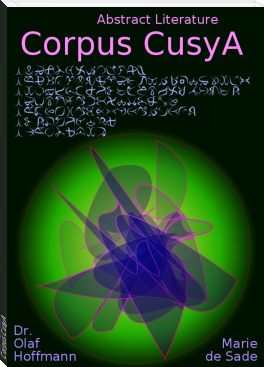 Voynich manuscript and Codex Rohonczi have been known for decades or even centuries as previously not decrypted books with unknown content.

For the first time, this collection makes further extensive works available with texts in an unknown language including unknown writing and font decryption.
This is also done in digital form.
In addition to the extensive works, there is also a smaller work about numbers and basic mathematical calculations.

Due to the forms of the glyphs, the writing is called Cusy (cubic-symmetrical), the language CusyA, just in case, in the future further documents with the same characters may appear, using words in a different language.

The content of the texts has not yet been deciphered, only the rough semantic structure of chapters, headings, paragraphs, verses, lines is known and accordingly transcribed in the publication.
From the same source as the texts themselves the so far decoded grammar of CusyA is made available, rather a plausible hypothesis to it, whose extent lets assume that there are further works in CusyA, on the basis of which the grammar was decoded, which are not available however at present.

CusyA surrounds many secrets.
Origin and history are unknown, the script shows little similarity with writings from human history, the grammar is also special, but reflects typical language structures in a strongly formalised, regular form.

The authors of this book were given the texts because they have already dealt with xenolinguistics, quantitative text analysis and statistical cryptology of texts in other books of the series Abstract Literature.

Accordingly, statistical data of a quantitative text analysis are published together with the texts in order to help with the further decoding of the actual contents.

The texts are supplemented with Abstract Art, whereby these graphics take up again the cubic Bézier curves of the glyphs, but without symmetry in order to loosen up the book graphically a little, also in order to offer a contrast to the text works as commentary.
The graphics are thus also conceived in the sense of alienation effects to keep the critical view of the audience awake and to remain sceptical of one's own hypotheses when decoding the texts.

Due to problems with the download of large books at BookRix the download may fail.
If you like, report the bug (again) to the BookRix support and ask for the EPUB.

Alternatively the coauthor provides the EPUB as well:
http://hoffmann.bplaced.net/epub/pug.php#CorpusCusyA