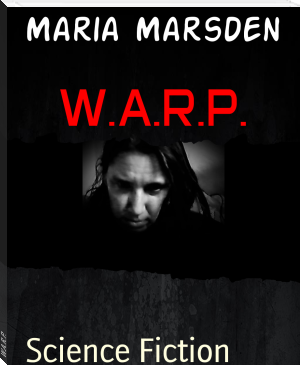 WARNING – This book is contagious. The author was suffering from the Thought-Plague when she wrote it. It’s a satirical Kafkaesque critique of the mental health system in the U.K. set in a parallel science-fiction future. The book is based on the author’s surreal-life experiences in a parallel world in which a permanent state of dissociation is the norm.

“IF YOU WANT TO STAY ALIVE, DON’T SMOKE TOO MUCH, DON’T DRINK TOO MUCH AND DON’T THINK TOO MUCH. TO AVOID ANOTHER THOUGHT PLAGUE EPIDEMIC, PLEASE REPORT ANY SUSPICIOUS OVER-THINKING IMMEDIATLEY.”

“Someone must have reported Kay Joseph. She knew that she was of no immediate danger to herself or others, but, one morning, she was WARPED under section 22.5(b) of Psyberia’s National Wellbeing and Recovery Protocol, (WARP).

When Psyberia was established as a quarantine and processing island, the elite High Permaniacs in the southern Altered States of Mania created the ‘Psyber Skin’, an anti-viral nano-tech psychic defence barrier around Psyberia’s borders. On the 7.30am news this morning, Kay heard more reports of violence erupting through the ‘Psyber Skin’. The Transylmaniacs had invaded through The Skin and were now penetrating the minds of the higher functioning Psyberians.  Psyber Skin Hackers and Psy-Kick Investigators, like Kay’s friend Adam, were particularly prone to Psy-Kick attack, as were users of Cat-A-Tonic.

Being possessed or Psy-Kickally attacked wasn’t Kay’s worst fear. Her worst fear was that this had already happened to her and that it was in some way connected to ‘the treatment’. She felt that more and more, each day, the life was slowly getting sucked out of her and she was being drained to death. She didn’t know what would happen if she was Psy-Kicked. Would she end up back in virtual hospital or would she end up killing herself like Adam did?”