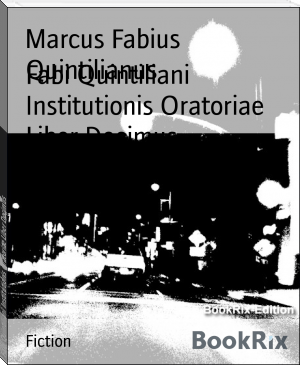 Marcus Fabius Quintilianus (c. 35 – c. 100) was a Roman rhetorician from Hispania, widely referred to in medieval schools of rhetoric and in Renaissance writing. In English translation, he is usually referred to as Quintilian (/kwɪnˈtɪljən, -iən/), although the alternate spellings of Quintillian and Quinctilian are occasionally seen, the latter in older texts.[1][not in citation given]Quintilian was born c. 35 in Calagurris (Calahorra, La Rioja) in Hispania. His father, a well-educated man, sent him to Rome to study rhetoric early in the reign of Nero. While there, he cultivated a relationship with Domitius Afer, who died in 59. "It had always been the custom … for young men with ambitions in public life to fix upon some older model of their ambition … and regard him as a mentor" (Kennedy, 16). Quintilian evidently adopted Afer as his model and listened to him speak and plead cases in the law courts. Afer has been characterized as a more austere, classical, Ciceronian speaker than those common at the time of Seneca the Younger, and he may have inspired Quintilian’s love of Cicero.