: The Life And Teaching Of Karl Marx 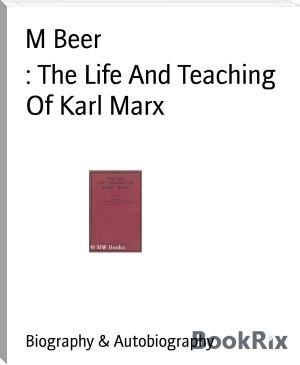 Karl Heinrich Marx first saw the light of day in Treves on May 5, 1818. His father, an enlightened, fine feeling, and philanthropic Jew, was a Jurist who had slowly risen from the humble circumstances of a German Rabbi family and acquired a respectable practice, but who never learnt the art of making money. His mother was a Dutchwoman, and came of a Rabbi family called Pressburg, which, as the name indicates, had emigrated from Pressburg, in Hungary, to Holland, in the seventeenth century. She spoke German very imperfectly. Marx has handed on to us one of her sayings, "If Karl made a lot of Capital, instead of writing a lot about Capital, it would have been much better." The Marxes had several children, of whom Karl alone showed special mental gifts.