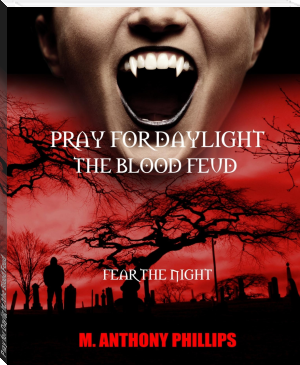 A half-vampire hybrid warrior named Simone is humanity’s last chance against vampires and demons from the underworld who is led by their leader, the vampire Kristain, her father.

Fought over at her birth by angels and demons of the Underworld, Simone Akonjo, a half vampire-human was rescued at birth by a rogue Shaolin Monk who killed his own master to protect the infant from being destroyed in a vampire raid.

Set in 1850’s Paris, France, and present-day Seattle, Simone is raised by her adopted father Arkamun, a former Monk preparing her to battle ancient vampires he fought for years, including her father, Kristian. Kristian, a painter in the impressionist style like Monet, when on the evening of showcasing his life’s work is laughed at by aristocrats he invited including his beloved fiance’s father.

He walks the streets of Paris and is bitten by the original vampire Andras and seeks to get revenge on those who wronged him. While killing his fiance’s father, he then turns on her who is pregnant with his child.

After killing the Shaolin Monk Arkamun raises the baby as his own with the help of others in a warrior society until he starts to realize that Simone is different than other girls.

Secluded from Parisian society for fear of the unknown, Arkamun keeps Simone’s heritage a secret from her until Kristian shows up to take his daughter. As Arkamun ages Simone ages very slowly and Arkamun knows that Simone must choose the path that was foretold for her.

Simone is given the biblical “Spear of Michael” weapon by Arc Angels and is chosen to lead an apocalyptic war against Kristian and his clan and demons for the sake of humanity along with the charismatic anti-hero Malic Turner, whose on a killing spree against vampires for killing his whole family, rogue Shaolin Monks and a courageous priest in this dark and exotic tale.