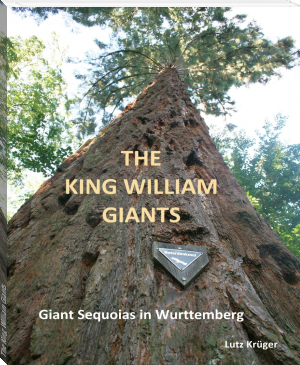 Shortly before his death, 150 years ago, King William I of Wurttemberg gave the royal forestry commission in the country an unusual mission, the preparation and realization of which, lead to a diversity of results which was without parallel.

The discovery of the giant sequoia trees in North America in the middle of the 19th century caused a sensation, which King William I as a nature lover took as an opportunity to have seeds of these exotic trees sent directly from California to the temperate greenhouse of the current Wilhelma in Stuttgart in order to raise thousands of young trees. The giant trees were known at this time in Wurttemberg as Wellingtonia.

The young trees were then planted systematically at exposed locations in the royal forests and in numerous castle gardens and parks in Wurttemberg.

This anniversary treatise is intended to describe the history of this impressive initiative of King Wilhelm I of Wurttemberg, and in particular the diversity and beauty of the remaining 132 sites of this so called “Wilhelma-Seed” in all of Wurttemberg, distributed from North Wurttemberg to Lake Constance in the south.

This book presents details of the locations in Wurttemberg, which were developed with the help and support of my friends and colleagues of the initiative "Project Sequoia" launched years ago.