The Rebellion in the Cevennes, an Historical Novel Vol. II. 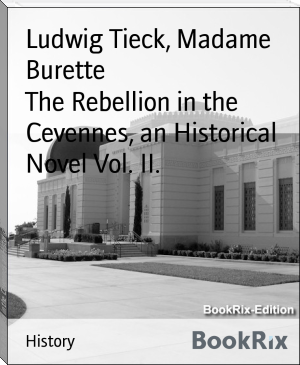 Johann Ludwig Tieck (31 May 1773 – 28 April 1853) was a German poet, translator, editor, novelist, writer of Novellen, and critic, who was one of the founding fathers of the Romantic movement of the late 18th and early 19th centuries.Tieck was born in Berlin, the son of a rope-maker. His siblings were the sculptor Christian Friedrich Tieck and the poet Sophie Tieck. He was educated at the Friedrichswerdersche Gymnasium, where he learned Greek and Latin, like most preparatory schools required.