Âmona; The Child; And The Beast; And Others From "The Strange Adventure Of James Shervinton and Other Stories" - 1902 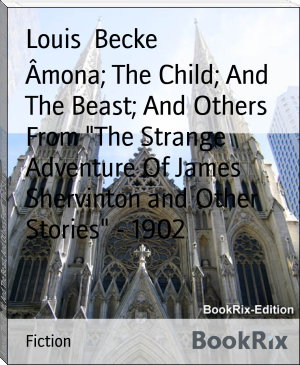 George Lewis Becke (or Louis Becke; 18 June 1855 – 18 February 1913) was an Australian Pacific trader, short-story writer and novelist. Becke was born at Port Macquarie, New South Wales, son of Frederick Becke, Clerk of Petty Sessions and his wife Caroline Matilda, née Beilby. Both parents were born in England. Becke was the ninth of twelve children and had a tendency to wander; he has stated that before he was 10 he had twice run away from home. The family moved to Hunters Hill, Sydney in 1867 and Becke was educated at Fort Street High School.