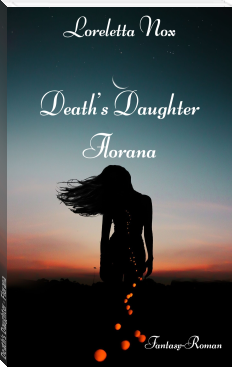 "All life has one thing in common: At some point it ends; one way or another. Many, but especially animals, feel when the end is approaching and prepare themselves for it. But then there are also those who are simply torn out of life - at least they say so.

Nonsense, I tell you! Everything follows a fixed plan; every death is cut-and-dried to the second. That is why he is usually the last person you see before the lights turn off.

At least, if you don’t cheat, I mean.

So, let us imagine that your time has come and death knocks on your door. The most common picture consists of a black hooded cowl, a skeleton guy, and a shiny scythe, right?

Well, but instead of the old bone head, there is a girl. Sweet and small, with a pretty ponytail and an unbearably pink scythe in her little hand, which grins happily at you.

Can't you believe it? There must be a mix-up, you mean. Nope, I must disappoint you. In front of you there is the future death, the daughter of the grim reaper, Florana."