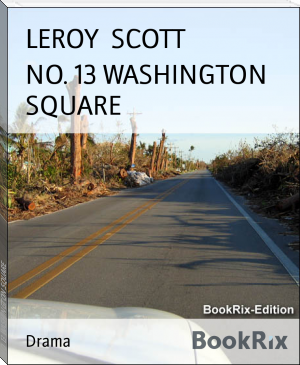 Leroy Scott (1875–1929) was an American writer of novels and screenplays. He was born in Fairmount, Indiana 11 May 1875. His father was a minister with the Religious Society of Friends. He graduated from Indiana University in 1897. His writing career began with three years experience as a reporter; he worked at a Louisiana newspaper owned by his brother.[1] Later (1900–01) he became assistant editor of the Woman’s Home Companion.

Scott was a social activist. In 1902–3 he was assistant headworker at the University Settlement House. It is there that he met and later married on 27 Jun 1904 Miriam Finn,[2] a Russian Jewish writer,[3] with whom he had a daughter. Around this time Scott was an officer of the Intercollegiate Socialist Society, of which he was a founder.[1] Scott had come to University Settlement after Hull House experience. After his settlement experience, Scott and his wife came to live at the "A-Club", a cooperative, and a "radical center." [4]

In 1906, Scott helped arrange accommodations for Maxim Gorky during his visit to the United States.[5] In 1907 Scott and his wife visited Russia.[6]

In addition to novels, Scott became involved in the movie industry, where he accumulated numerous writing credits, as well as an acting credit in one film. When Goldwyn Pictures determined a need to produce movies in New York as well as on the west coast, Scott's Partners of the Night was chosen as the first work.[8]

omg 2 words FUCKIN AWESOME ...mind my french but jesus you got talent....im a new sub