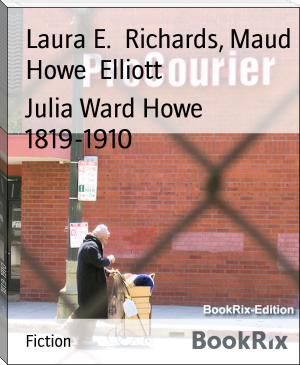 ulia Ward Howe (/haʊ/;[1] May 27, 1819 – October 17, 1910) was a prominent American abolitionist, social activist, poet, and the author of "The Battle Hymn of the Republic".Julia was born in New York City. She was the fourth of seven children born to a Wall Street stockbroker, Samuel Ward III and his wife, occasional poet Julia Rush Cutler.[2] Her eldest brother was Samuel Cutler Ward. Samuel Ward III was a well-to-do banker and was a strict Calvinist. Julia Rush Cutler was related to Francis Marion, the "Swamp Fox" of the American Revolution. Julia Ward's family was an upper middle-class family. When Julia was five, her mother died of tuberculosis. Julia was educated by private tutors and in schools for young ladies until she was sixteen. Also, thanks to her older brother’s travels in Europe, she possessed a private library of modern works, many contradicting the Calvinistic world view presented by her father.[3] Due to these circumstances Julia was able to become very well-read and frighteningly intelligent[4][5] Julia, though limited by her father, was as much a social butterfly as she was a scholar, and due to her father’s status as a successful banker, she was brought into contact with some of the greatest minds of her time. She interacted with Dickens, Charles Sumner, and Margaret Fuller to name a few through her brother, Sam.[4] Sam married into the Astor family,[6] which was highly prominent at the time, allowing him great social freedom that he brought Julia into. Julia and her sisters were cast into mourning time and again. Their father died in 1839. Shortly after her father’s death, Julia’s dear brother and sister-in-law also passed away, along with their newborn child.