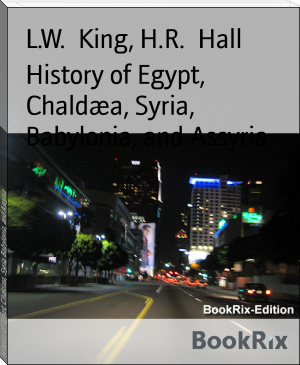 Henry R.H. Hall was the son of Sir Sydney Hall, MVO, MA, a portrait painter and illustrator for The Graphic newspaper, and his wife Hannah Holland. He went to Merchant Taylors' School, London and showed an interest in history and ancient Egypt from an early age. By the age of 11 he wrote a history of Persia, and by 16 he had gained some knowledge of the ancient Egyptian language.[1]

Hall studied classics at St John's College, Oxford, as well as Egyptian history and language under the tutelage of Egyptologist Francis Llewellyn Griffith, gaining a BA in 1895, his MA in 1897 and later his D.Litt in 1920.[1]
Career

He worked with Édouard Naville and Edward R. Ayrton in the excavations at Deir el-Bahri, Egypt, from 1903–07, and also dug at Abydos with the Egypt Exploration Society expeditions of 1910 and 1925.[1]

During the First World War he was attached to the military section of the press bureau, and in 1916 moved into Intelligence and was later attached to the Political Service in Mesopotamia with the rank of captain. He was twice mentioned in dispatches, and was made a Member of the Order of the British Empire.[1]

Combining in an unusual manner a knowledge of Egyptology and Assyriology in almost equal degrees, he was indefatigable in the service of the joint departments in the British Museum. While in his later years he had not the opportunity to take part in excavating expeditions sent out by the Museum, he was of great assistance in organising the expeditions of Dr. Campbell Thompson at Nineveh and Mr. Guy Brunton in Upper Egypt. He was, despite an initial and boyish brusqueness of manner, a charming colleague and tactful in the division of the spoils of excavation when these had been acquired jointly with other bodies. On the ar