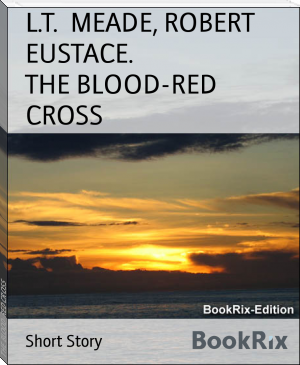 L. T. Meade was the pseudonym of Elizabeth Thomasina Meade Smith (1844–1914), a prolific writer of girls' stories. She was born in Bandon, County Cork, Ireland, daughter of Rev. R. T. Meade, of Nohoval, County Cork.[1] She later moved to London, where she married Alfred Toulmin Smith in September 1879.

She began writing at 17 and produced over 300 books in her lifetime, being so prolific that not less than eleven new titles under her byline appeared in the first few years after her death. She was primarily known for her books for young people, of which the most famous was A World of Girls, published in 1886. However, she also wrote "sentimental" and "sensational" stories, religious stories, historical novels, adventure, romances, and mysteries, including several with male co-authors. The first of these was Dr. Clifford Halifax, with whom she first collaborated in 1893; their books numbered six. A year later she first teamed with Robert Eustace, and turned out eleven volumes with him. Her last co-author was Sir Robert Kennaway Douglas (her daughter's father-in-law); they produced only one book, in 1897. The Eustace partnerships are notable for two female villains, Madame Sara (in The Sorceress of the Strand) and Madame Koluchy (the mastermind of a band of gangsters, in The Brotherhood of the Seven Kings). One of her most unusual titles is Dumps; A Plain Girl (1905). She was also the editor of a popular girls' magazine, Atalanta. She was a feminist and a member of the Pioneer Club.

The 15 minutes they gave her speaks volumes.