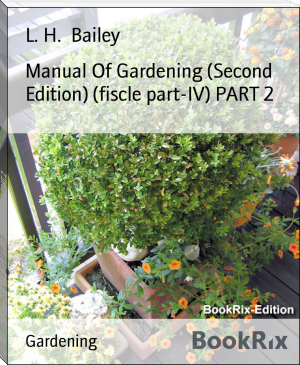 Liberty Hyde Bailey (1858-1954) was a successful American botanist, horticulturist, author and co-founder of the American Society for Horticultural Science. He is considered to be the father of rural sociology and rural journalism. Born in Michigan, he was raised on a farm, educated and taught at the Michigan Agricultural College and became Professor of Horticulture at Cornell University where he later became Dean and Director. He wrote scores of books, including scientific works, efforts to explain botany to laypeople, and a collection of poetry. He received numerous medals from national and foreign societies and was a member of domestic and foreign scientific, botanical, and horticultural societies. He was voted one of the three outstanding living horticulturists several years prior to his death. Amongst his works are The Horticulturists Rule Book (1890), Principles of Agriculture (1898), The Manual of Gardening (1910), The Apple-Tree (1922) and The Gardener's Handbook (1934).