What It Will Be Like With 12 Guys As My Housemates Von: Kylie 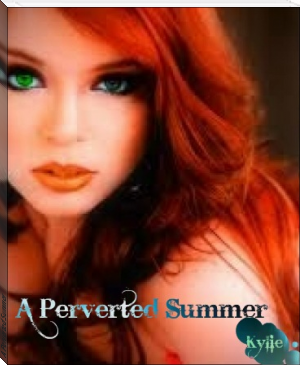 (Check back to see for updates and more chapters!)
Delilah Rosye is different, and doesn't even know it. Being born with Heterochromia, she sticks out in the human crowd, but also being born a Nereid/Sysa/Banshee/Elf hybrid makes her stick out in the supernatural crowd. None of that can stop her attitude. Delilah is childish and annoying, but ultimately pretty AND single. Growing up around 12 guys in the same house...Let's just say it makes her life different. But after a year of her brother and his 10 friends moving out, her mother begins to become cruel, beating and burning Delilah with cigarettes, which caused Delilah to move into her brother, Daniel's house for the summer, who STILL lives with his 11 friends. Will she be able to survive the whole summer around 11 teenage guys, especially when one of them wants to get in her pants because of her being his mate?

Aaron Swift just found out his best friend's sister is his mate. And worse, she's neither human OR werewolf. She's part Sysa, a race of lion-people who don't usually get along with werewolves. Yet here he is. Mated to a SYSA. Think that's bad? Aaron has to deal with EVERY guy checking her out, and a human boyfriend of Delilah's he can't stand. Not to mention his wolf personality, who is known as Lyall. Can his life get better, or will his soul mate crush his heart?
(A/N: Rosye is pronounced Rohz-EE-ay)
( A/N: Heterochromia is a gene that gives you one eye one color, the other eye another color)
(A/N: Sysa is pronounced Sigh-suh)

Kudos to the writer of this book. You did an amazing job. Why don't you try to join NovelStar's writing competition? You might win a prize, judging from the book I just read.

I’ve lost count of how many times I’ve read your book. That’s the great thing about an amazing novel, you can read it over and over and get something new out of it.  ... If you have some great stories like this one, you can publish it on Novel Star, just submit your story to hardy@novelstar.top or joye@novelstar.top

I love it , please update it

I loved it, I really wish there was more.

Lllllooooovvvvveeeee it so much I could dance and that is saying something.....