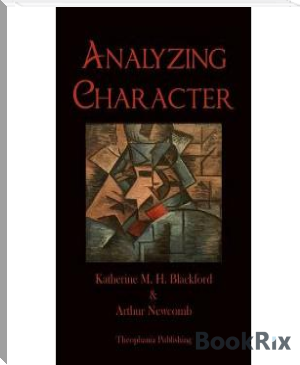 She was born Katherine Melvina Huntsinger, daughter of Henry and Catherine (Schock) Huntsinger, and married Everett F. Blackford in 1899 in Jackson, Missouri. She later married Arthur William Newcomb, b. 21 Jun 1873, Sun Prairie, Wisconsin, on 28 Nov 1912 in Chicago. Newcomb went on to edit Katherine M. H. Blackford's books and co-author several others. He became the director of the Blackford School of Character Analysis in New York City. She was a frequent lecturer on the subject.[1]

Both Blackford and Newcomb had an association with Harrington Emerson.