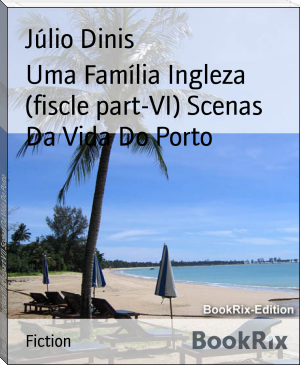 Júlio Dinis died at the young age of 31 of tuberculosis, and some of its works were published posthumously. As of today, there are no translations of his works available in English.

Pseudonym of Joaquim Guilherme Gomes Coelho poet, playwright, and novelist, the first great novelist of modern Portuguese middle-class society. His novels, extremely popular in his lifetime and still widely read in Portugal today, are written in a simple and direct style accessible to a large public.

His first attacks of tuberculosis forced him to resign as deputy professor at the medical school of Porto. He had already published several tales of country life in the Jornal do Porto. Retiring to the coastal town of Ovar for his health, he wrote the novel for which he is best known, As Pupilas do Senhor Reitor (1867; “The Pupils of the Dean”), depicting country life and scenery in a simple and appealing style. It was based on his own family situation and described the influence of the English on Portuguese culture. (His mother was English.) Encouraged by its immediate success, he published Uma Família Inglesa (1868; “An English Family”), a novel describing English society in Porto.