Once Bitten, No Longer Shy 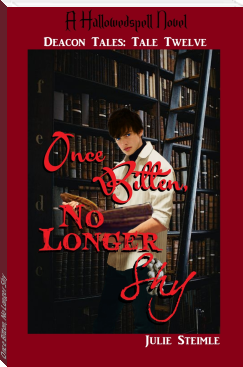 They finally caught up with Troy Meecham--the vampires, that is.

Since he was first bitten at 12 years of age, Troy had been hiding from the vampires--the first set being his own parents who were the ones to have bitten him. He had been taken to safety--living at Gulinger Private Academy until graduation. But even after it was predicted by Carlos Mendez that he would never see death--most likely becoming a vampire--Troy made rules for himself to prevent that from ever happening.

Number One: Never be alone at night except when you are inside your own home with locked windows and doors.

Number Three: Don’t stay out late, especially with a date.

He rarely ever told anyone this list of rules. Most people would not understand, and those that did really did not need an explanation.

But now as an adult studying for his PhD in New York Pathology and Pharmacology (though actually researching Medicine within Occult folklore to find a cure for the eternal bleed of the vampire bite), he is on the verge of a great discovery.

That's when the vampires caught up with him.