A CURSORY HISTORY OF SWEARING 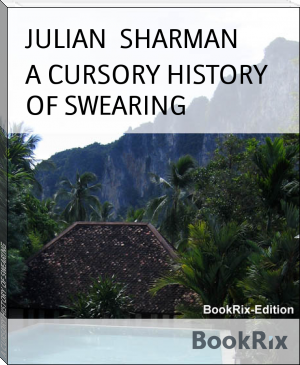 "'Our armies swore terribly in Flanders,' said my uncle Toby, 'but
nothing to this.'"--_Tristram Shandy._


It lay in the heart of Bohemia. It was approached through a labyrinth of
streets that grew denser and darker as one neared the precincts of the
club. Could any of the brother Scufflers have seen the neighbourhood by
day, it would have presented an appearance dismal and sordid enough.
Dealers in faded wardrobes,--merchants in tinsel and _rouge de
théâtre_,--retailers of wigs and fleshings and all manner of stage
wares, seemed one with another to have made the locality their home. One
missed certainly the bone-sellers and refuse-sifters of the adjacent
Clare Market, and one was spared the cheap cosmetic shops and smug
undertakers of the neighbouring Soho. But you were recompensed, here in
the heart of mid-Bohemia, by the all-pervading odour of potations and
provisions,--of banquets long past, and of banquets that were yet to
come.