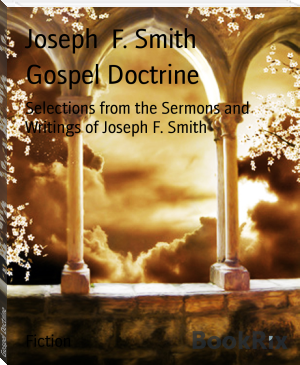 Joseph Fielding Smith, Sr. (November 13, 1838 – November 19, 1918) was the sixth president of The Church of Jesus Christ of Latter-day Saints (LDS Church). He was the last president of the LDS Church to have personally known the founder of the Mormon faith, Joseph Smith, Jr., who was the brother of his father, Hyrum Smith. Smith was the son of Patriarch Hyrum Smith and his second wife, Mary Fielding, a British convert to the church who married Hyrum after the death of his first wife, Jerusha Barden Smith. In addition to her two children, Mary Fielding Smith also raised the six children from the union of Hyrum and Jerusha.