The Reign of Greed Complete English Version of 'El Filibusterismo' 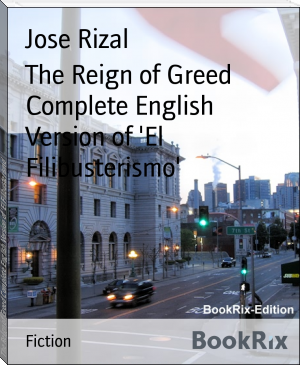 (June 19, 1861 – December 30, 1896) was a Filipino nationalist, novelist, poet, ophthalmologist, journalist, and revolutionary. He is widely considered one of the greatest heroes of the Philippines.[6] He was the author of Noli Me Tángere,[7] El Filibusterismo,[8] and a number of poems and essays. He was executed on December 30, 1896, by a squad of Filipino soldiers of the Spanish Army.