Religion and Theology: A Sermon for the Times Preached in the Parish Church of Crathie, fifth September

and in the College Church, St Andrews Von: John Tulloch 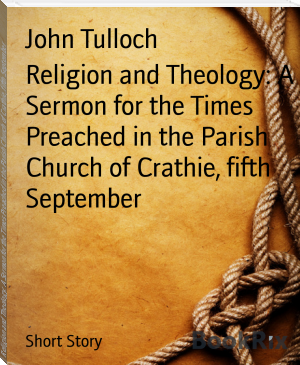 John Tulloch (1 June 1823 – 13 February 1886) was a Scottish theologian. He was born at Bridge of Earn, Perthshire, and educated at the University of St Andrews and University of Edinburgh. In 1845 he became minister of St Paul's, Dundee, and in 1849 of Kettins, in Strathmore, where he remained for six years. In 1854 he was appointed Principal of St Mary's College, St Andrews. The appointment was immediately followed by the appearance of his Burnet prize essay on Theism. At St Andrews, where he was also professor of systematic theology and apologetics, his teaching was distinguished by several novel features.

hey is that barry?