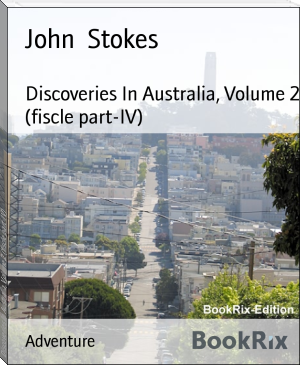 Discoveries in Australia; with an account of the coasts and rivers explored and surveyed during the voyage of H.M.S. Beagle, in the years 1837-38-39-40-41-42-43, by command of the Lords Commissioners of the Admiralty. Also a narrative of Captain Owen Stanley's visits to the islands in the Arafura Sea., widely known as Discoveries in Australia, is an 1846 two-volume work by John Lort Stokes. It comprises the edited journals of the explorations and surveys, both maritime and inland, of Stokes and other members of the crew of HMS Beagle, during a surveying expedition in Australia that lasted from 1837 to 1843. The work is of immense historical significance, as a great many places in Australia were discovered during the expedition, and the names and locations of these places were published for the first time in Discoveries in Australia.